“Sisterhood is blooming. Springtime will never be the same.” (1972)

As I was cruising around the CUNY Academic Commons sites earlier today to see what’s good, I was immediately taken with Shawn(ta) Cruz-Smith’s recent post on the Grad Center’s Library blog, namely “Graphic Activism: Lesbian Graphic Posters Exhibition.” The first few paragraphs of the post say it all:

This summer as you walk through the halls of the Graduate Center first-floor main lobby and Library, you will notice images of circles as globes and buttons, women’s bodies, comic strips, hands massaging the earth, and bold font type with the repeated word: Lesbian.

The Graduate Center Library presents Graphic Activism, an exhibit of original activist posters and zine inserts 1980 – 2010 from the Lesbian Herstory Archives graphics collection. The exhibit was curated and conceptualized months ago, fully supported by its GC co-sponsor, CLAGS: The Center for LGBTQ Studies. The installation began the first week of June, and with it we claim solidarity with the Pulse Orlando community and other queer spaces that have too often, tragically, come under violent attack. The images serve as herstorical reminders marking decades of community-building and activism.

A graphic herstory of the long struggle for equality and justice is an important reminder right now, and kudos to Cruz-Smith for framing the experience so brilliantly in this post. My only hope is that some of the artifacts and resources get curated and shared somewhere online at the Commons for those of us that are geographically challenged. I’m aware there may be permissions and copyright concerns, but even a link round-up to existing resources online would be awesome. But then again, why ask of others what you can do yourself? I can search and embed images here, can’t I? I was particularly interested in the resources listed in this paragraph:

The 1970s screen prints of the Chicago-based Women’s Graphic Collective proclaim “Sisterhood is Powerful” and imprint a call to “Spinsters Crones Hags Sisters,” on the Amazon labrys.

So I went out and found the 1970s screen prints of the Chicago’s Women’s Graphic Collective at the Oakland Museum of California, and they are pretty cool—and very 70s! 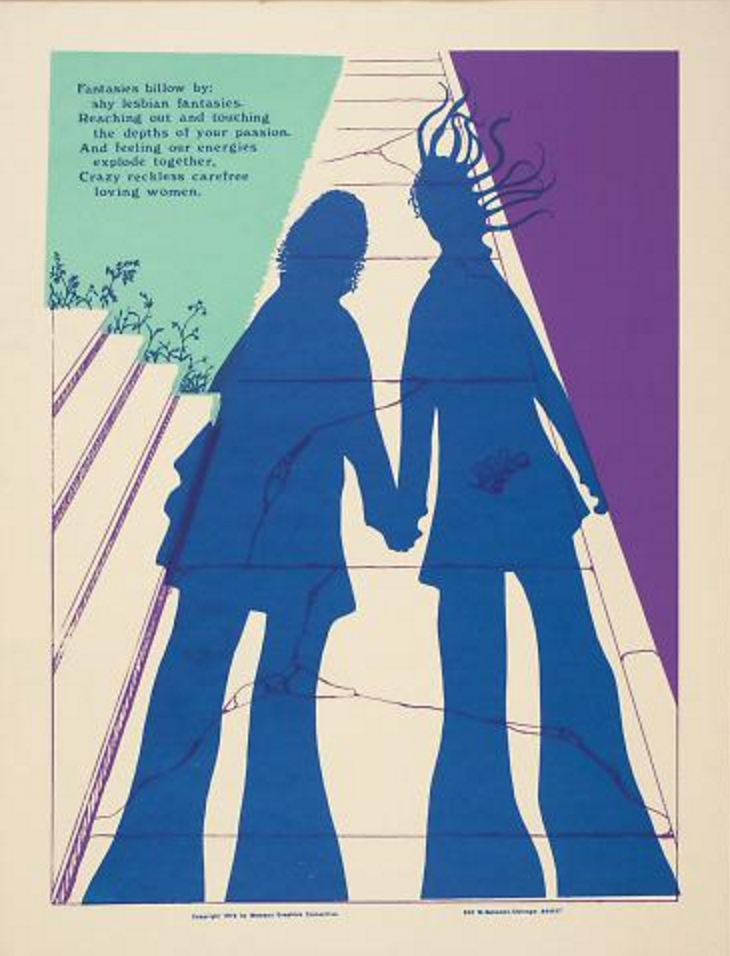 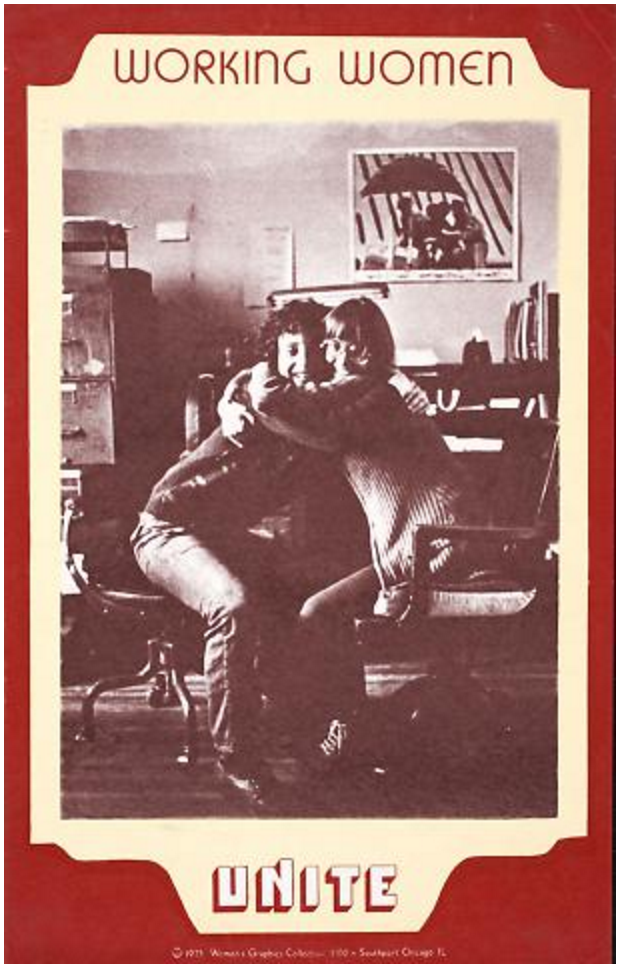 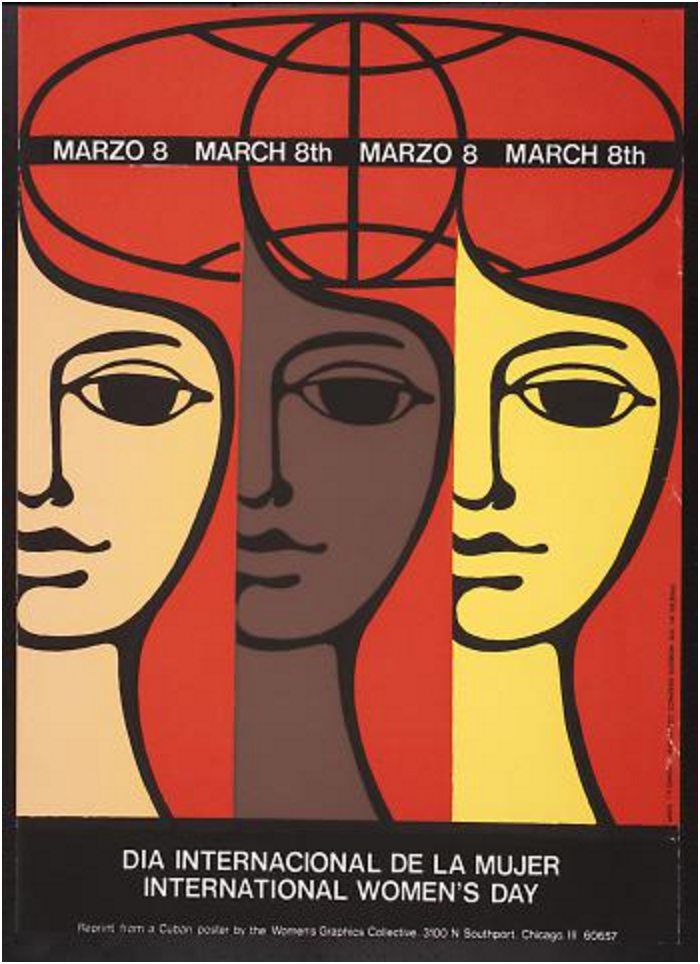 I also want to learn more about the Zines by Shawn(ta) Smith-Cruz and Sherley Olopherne which detail “decade by decade LHA subject files by and about Black Lesbians,” but came up short online. Maybe I can get some folks at the Grad Center to take some pictures and share them on Twitter, in the comments here, or even on the Lesbian Herstory Archives Facebook page. There I go putting everyone else to work again. Anyway, I can also do some more digging myself because there is no substitute for a compelling blog post to send me down the rabbit hole!