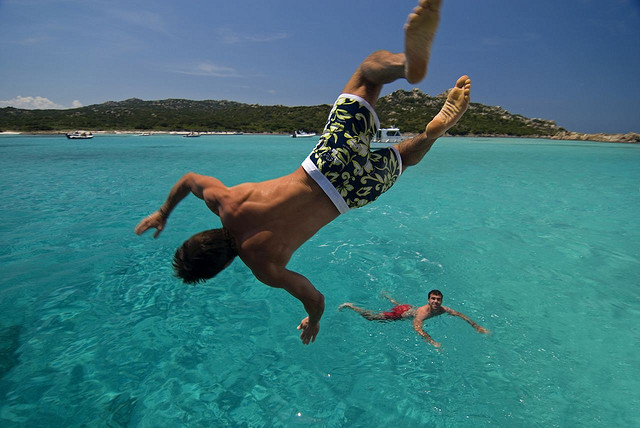 As you might know from Brian’s ( @brianfoote ) excellent post on the Ground Control blog and from our About page, the CUNY Academic Commons is administered by several groups:

The CUNY Academic Commons Subcommittee: The Development and Community teams report to the CAC Subcommittee, which is made up of members of the CUNY Committee on Academic Technology who have a special interest in the Commons.

The CUNY Committee on Academic Technology (CAT): The Commons is, ultimately, a project created under the aegis of the CAT committee. CAT, in turn, reports to Executive Vice-Chancellor Alexandra Logue ( @alogue ), who charged the committee with creating the Commons in 2009.

The reason I’m running through these bureaucratic details is that in advance of the first CAT meeting of the semester (it takes place tomorrow), the chair of CAT, CUNY Director of Academic Technology George Otte ( @gotte ), asked all subcommittees to provide a brief report on recent activities of their respective groups. As Chair of the CUNY Academic Commons Subcommittee, that duty falls to me. And since so much of what we’ve done with the Commons has been premised on the spirit of openness, and since, with this blog and the Ground Control blog, we’re aiming to create increased levels of site transparency for our members, I thought I’d make this a public report.

Forthwith: here’s what we did last summer:

Development Team Activities:
As Lead Developer Boone Gorges ( @boonebgorges ) noted in a recent post, the Development team worked intensely this summer on changing fundamental aspects of its workflow. We moved from a problematic and haphazard system of site upgrades to a finely orchestrated workflow that includes well-synced development, staging, and production sites all on the same server; we instituted a new versioning system that will allow us to create roadmaps of features coming to the Commons, thus clarifying the work of the Dev team for ourselves and for our members; and we began sharing files with one another through Git, which provides sophisticated version control. We’re grateful to the whizzes at Cast Iron Coding for working with us to overcome the technical challenges we faced in pulling all of this together.

Just this week, we announced Version 1.0 of the Commons. While this was, perhaps, not the complete overhaul that its name suggests. Members may not immediately perceive the changes we’ve instituted, but it’s an important first step that we will build on quickly.

Also notable among Dev team activities was Boone’s participation in the NEH-funded Summer Institute, One Week, One Tool. Anthologize, a tool rapidly developed by this group that allows bloggers to republish their writing in eBook form (and other forms), is already a hit, and we’re looking forward to bringing it to the Commons soon. It’s especially gratifying to see how Boone’s work on the Anthologize project has borne unexpected dividends for his work on the Commons. As many members of the Digital Humanities community can now attest (and as we’ve known all along), we’re lucky to have him.

Community Team Activities:
The Community team has had a summer full of outreach, blogging, and network building. It has concentrated especially on preparing the Commons for two incoming groups that we hope will be harbingers of things to come. First, we were invited to set up a table at the orientation session for new students at the CUNY Graduate Center. We produced some beautiful postcards for the day (we’ll be printing more soon, so please let us know if you’d like some), and we’re hopeful that many of those new students will join the Commons and contribute to our community here.

The second effort involves the College of Staten Island English Department. Under the leadership of new Chair Ashley Dawson ( @adawson ), the department will be using the Commons to have conversations with one another, to share documents, and to collaborate on departmental initiatives. We think that this is a really wonderful use of this space, and we’re excited to see where it goes. Needless to say, we’re planning to do a fair amount of support to make the members of this department comfortable with the site.

As part of both of these efforts, we have begun to develop a press kit. Many people have asked us for this, and we’re hoping to increase our level of outreach at CUNY colleges this fall; we know that press kit is essential. While ours is still in production, we’re hoping to have it done soon. And if you’d like to have a representative of the Community Team (or even the Project Director 😉 ) visit your campus to talk about the site, please let us know.

Finally, I’ll note that each member of the community team has taken on a special project. Brian ( @brianfoote ) is working on the new blog Ground Control, and is spearheading our efforts with the GC orientation and CSI; Scott ( @scottvoth ) is working to create a Codex that will help serve as an essential resource for site members; and Sarah ( @Sarah_Morgano ) is concentrating on improving our social-media presence.

Consultation with Colleagues
The CUNY Academic Commons made its official debut on December 4, 2009, at the CUNY IT Conference. By any measure, the project has been a successful one, but one way to gauge that is to consider the degree to which the Commons serves as an inspiration for others planning similar projects.

Over the summer, the Development team met with colleagues from Yale University and corresponded with teams from Georgetown, Louisiana State University, and the NYC Mayor’s Office, all of whom were interested in creating sites like the Commons for their own constituencies. As is typical in such interactions, we gained as much from these conversations as we shared; during our discussion with members of the Yale team, for instance, we exchanged ideas about future collaborations and plugin-sharing arrangements.

And we continue to be open to similar discussions; if you’d like to talk to us, we’d be happy to share.

Press
While discussion is great, it’s always nice to receive some praise in print. We’re deeply moved by the fact that Instructional Technologist Jim Groom, who helped inspire our own work on this site, co-authored an article with Brian Lamb for a special issue of EDUCAUSE Review on the subject of openness. In their article, “Never Mind the Edupunks; or, The Great Web 2.0 Swindle”, Jim and Brian praised the Commons with words that would make us blush if we weren’t so shameless as to republish them here:

Case Study: Open Platforms for Open Education
There is something simple, elegant, and inspiring about institutions of higher learning that create online spaces beholden only to the scholarly communities that use them. There are too many heroes in this domain to list here, but we offer a shout-out to the jaw-dropping CUNY Academic Commons (https://commons.gc.cuny.edu/), which seamlessly integrates the open-source WordPress, MediaWiki, and BuddyPress platforms into an appealing and highly sustainable environment. The power placed into the hands of the users reflects the stated intent of Luke Waltzer, administrator of the CUNY platform Blogs@Baruch, “to gradually integrate into the school’s general education curriculum the deep, critical examination of how digital tools are changing the way we think and live.”19 Also worth noting is that educational technologists not only draw from the wide-ranging developer communities but also collaborate with the many ed techs who have implemented these tools and added functionality. The institution that invests in these tools saves money on license fees and expensive external consultants while also investing in the development of its staff, building intellectual capacity and ensuring a sustainable and dynamic future for its online environments. (emphasis added)

This was almost as good as the great-Dan-Cohen-shout-out-of-2009. It’s a great feeling to know that the work we’re doing on the CUNY Academic Commons is speaking to others — and especially to others like Brian and Jim. Thanks, guys.

And, since we haven’t mentioned it before in this space, we’re very grateful to CUNY Matters for its wonderful story on the Commons, “A Facebook for Faculty”. Writer Ron Roel did a wonderful job of capturing the spirit of the Commons. Many thanks!

Looking Forward
We enter the 2010-2011 academic year with a professionalized development workflow, a charged-up community team, and a growing cadre of members who are using the site in increasingly creative ways. As we move forward into the new year, we will be concentrating on the following efforts:

So, that’s pretty much what we were up to last summer. As always, we’d love to hear your responses, so please let us know what you think in the comments.

Commons Version 1.0 Has Arrived!
Send Us Your Images!

3 Responses to What We Did Last Summer

My Tweets
Need help with the Commons? Visit our
help page Send us a message
Skip to toolbar